Once a symbol of natural magnificence, Niagara Falls has been fought over by businessmen and officials seeking to profit from the waterfalls for industry and tourism, and conservationists wanting to protect it.  Human Accumulations explores the fall from grace of one of America’s most famous icons.

Human Accumulations is a long form documentary project started in 2017 and ongoing.  It includes photography, video interviews, found photographs, maps, documents and ephemera.  The Human Accumulations blog acts as a repository for historical background, stories, illustrations, vintage photographs and fun facts, and as a record of the project’s progress.

“Everybody’s always seen money when they look at the Falls,”

The beautiful photographs of the American and Horseshoe Falls which tourists post on Instagram every summer disguise a disturbing truth.  Although there is a narrow band of protected land on both sides of the Niagara Gorge, on the Canadian side the city offers a Las Vegas style tourist experience with casinos and amusement park attractions.  The U.S. city of Niagara Falls opposite is an industrial graveyard and one of the most polluted places in America.  How did this happen?

In the nineteenth century Niagara Falls was celebrated both for its natural beauty and for its potential as a natural resource once a way could be found to harness the immense power of the falls.  This finally happened in 1896 when Nikola Tesla and Westinghouse transmitted electricity generated at Niagara Falls to Buffalo using Tesla’s alternating current technology, a ground-breaking achievement which ushered in the modern era of electricity. 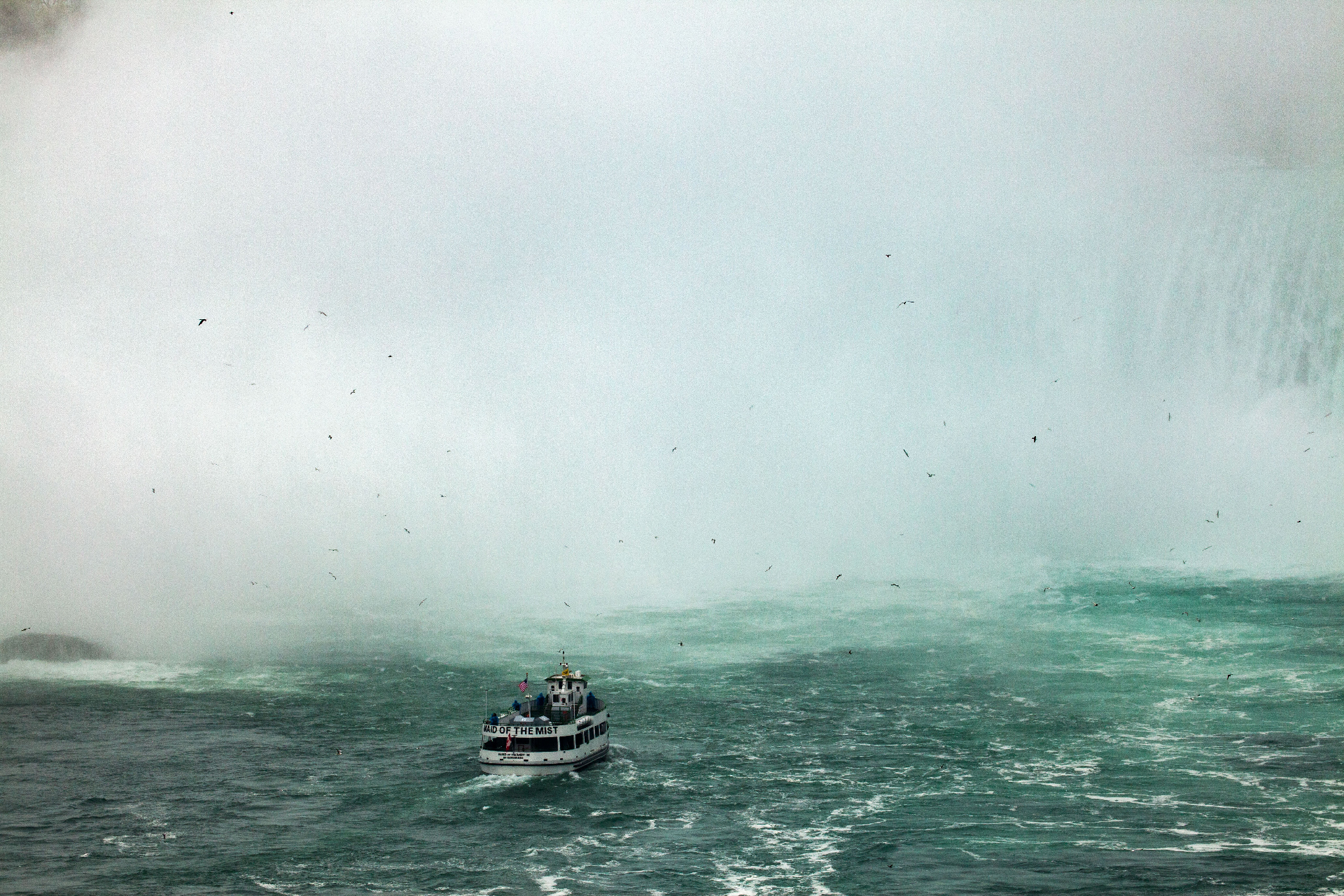 Entrepreneurs lost no time in taking advantage of cheap power at Niagara Falls and within a decade the city became the centre of the electro-chemical and electro-metallurgical industries in the USA.  Several of these companies also participated in the Manhattan project, smelting plutonium, uranium and zirconium, to support the development of the nuclear bomb.  For decades, these industries generated hazardous chemical waste and buried it on their own property and at sites throughout the city of Niagara Falls and the surrounding area.

In the 1970s, serious health problems including miscarriages, birth defects and cancers, were linked to a landfill leaking dangerous hazardous waste in the now infamous Love Canal residential area of Niagara Falls. Local residents started the world’s first ever grassroots environmental justice campaign and, as a result of their efforts, the Unites States government introduced legislation controlling the disposal of hazardous waste and funded the Superfund programme to clean up the worst sites across the country.

“When the smell goes, the jobs go.”

The introduction of environmental controls precipitated the industrial decline of the city.  Over the next two decades factories closed one after the other and jobs became scarce.  Some residents expressed their ambivalence towards the improved environmental conditions with the phrase: “When the smell goes, the jobs go.”  The new laws were one of the wider economic forces, alongside globalisation, that had devastated their lives and stolen their American Dream.

Today, a shrinking and impoverished population is condemned to live alongside Superfund remediation sites that will require regular monitoring forever, and amidst former industrial areas with unknown histories of chemical dumping.    In a bid to bring about a recovery, the city of Niagara Falls is trying to reclaim the city’s many brownfield sites and to develop a more nature-based alternative to the consumerist tourist experience on the Canadian side.  However, progress has been frustrated by a combination of legacy issues, environmental legislation, economic factors, and local politics.

Human Accumulations raises important questions about the scale of industrial pollution, the role of corporations and governments in balancing conservation with economic growth, and the extent to which human beings can repair the environmental damage they wreak.

Stamped on reverse with edition number

Stamped on reverse with edition number